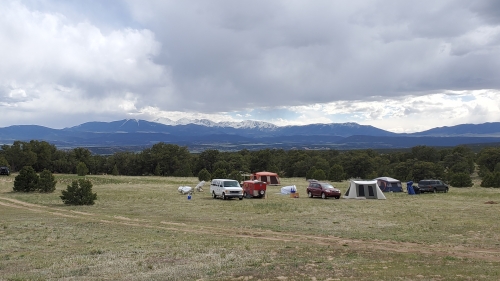 Five ASKC members recently set out for the dark skies of the Rocky Mountains, SW of Colorado Springs.  We left on a Saturday morning, arriving by 4:30pm MDT after a nearly 10 hour drive.  We quickly set up tents, canopies, and of course, several large scopes.  Having joined the Colorado Springs Astronomical Society (CSAS) we were lucky to have use of their dark sky site, located 7,700 feet above sea level with virtually no light domes in any direction!  Days were spent charging batteries, cooking over propane stoves, resting, and hiking around the 35 acres owned by the CSAS.  The site is also the home of the Rocky Mountain Star Stare.  But we all know you didn't come here to read about the daytime activities, so let's get to the nights! 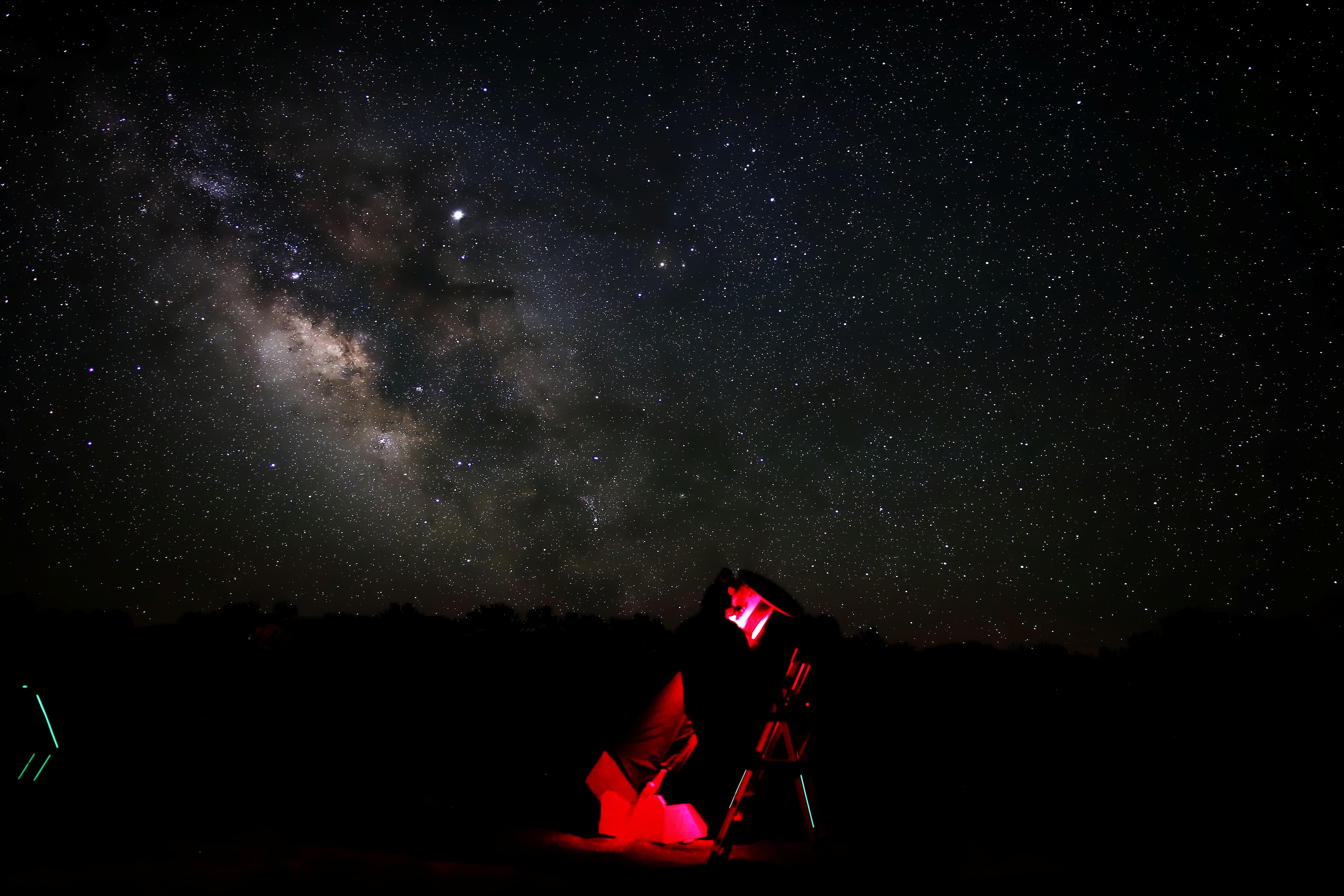 When night fell and lingering clouds moved out on night 1, we marveled at the darkness above, the sky covered with stars against a black background.  The Sky Quality Meter confirmed what our eyes saw; 21.95 MPSA at zenith, which converts to a Naked-Eye Limiting Magnitude (NELM) of 6.60!  Wow!  Temperatures quickly fell to upper 40s with almost no breeze.  Several started working on AL programs while a couple others focused on photography of the milky way and deep sky objects.  The whale and needle galaxies were memorable views of night one with my observations logged as: 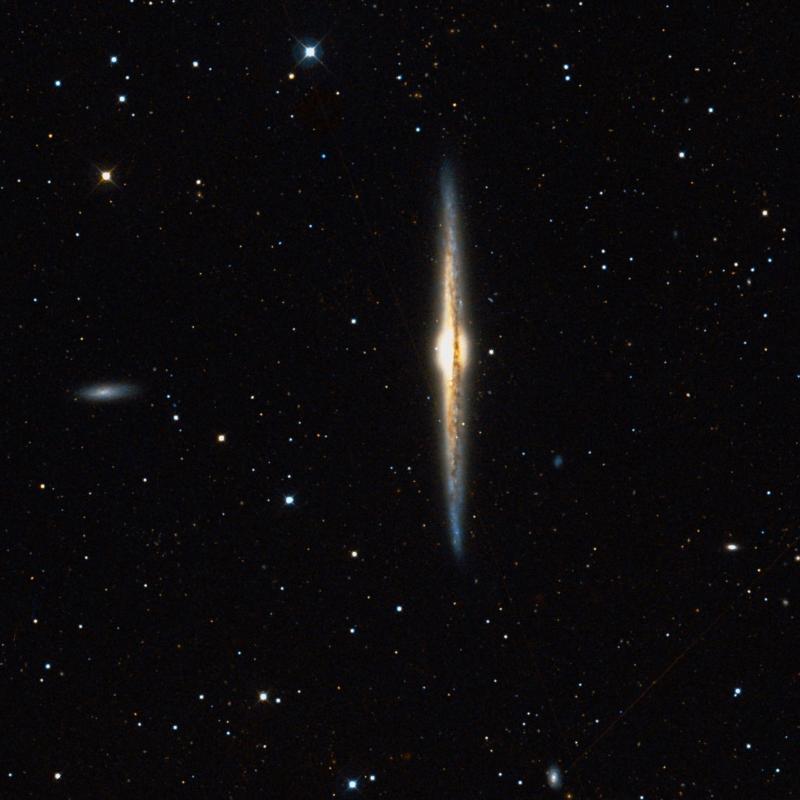 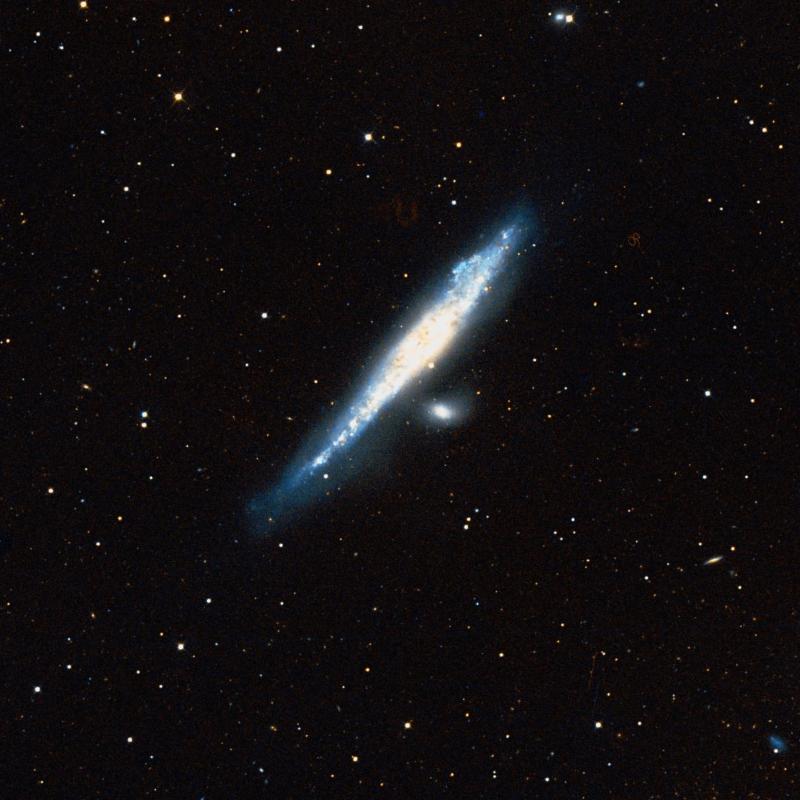 Around 6pm on night 2, we had a wind turned dust storm that wreaked havoc on our camp.  Although no telescopes were harmed, the canopies had to come down, and most importantly, dinner was disrupted in a big way!  This storm also might have been part of the reason that, while skies cleared shortly after dark, the atmosphere left objects looking hazy at anything more than low (100x) power until nearly 1am.  Temperatures fell from 55°F at dark to 41°F by 3am when the moon was washing out the dark sky, and we had some slight gusts of wind but nothing sustained.  SQM readings ranged from 21.83 - 21.79.  Shortly after 2am, I focused my scope on one of the best sights I've ever seen through a scope in my short 5 years in the hobby; NGCs 5985, 5982, and 5981.  Fitting just inside my .30° FOV at 237x with the 8mm Delos was a face-on spiral, face-on elliptical, and edge-on spiral, all in a nearly perfect line!  What an awesome sight to behold! 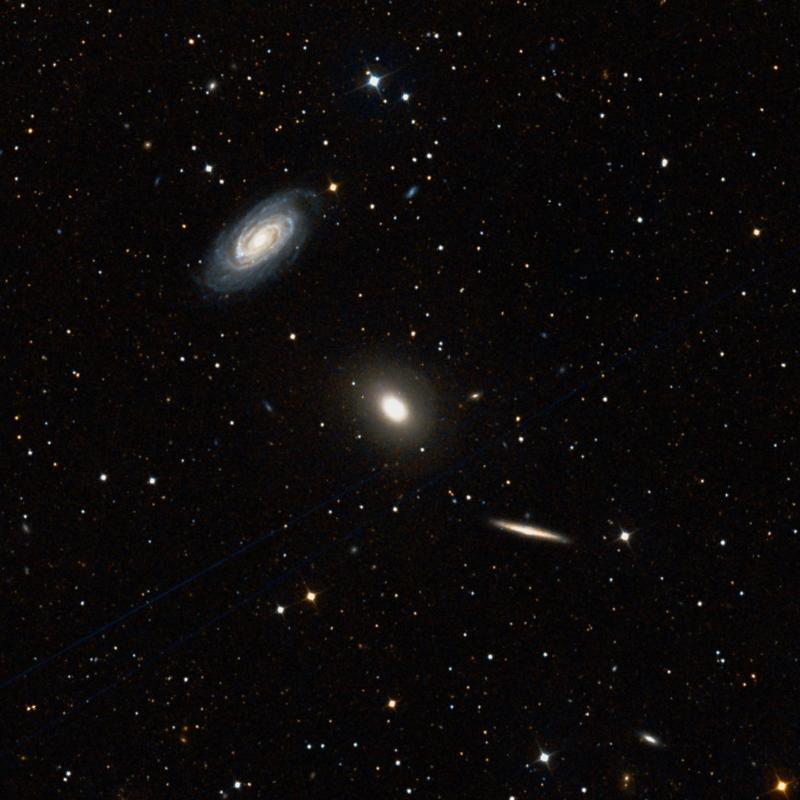 Night 3, while not as good of sky conditions as Night 1, was the clearest night, giving quality views from 11pm until the moon started brightening the sky shortly after 3am.  Temperatures ranged from 55°F at dark to 42°F at 3am, with some wind causing it to feel much cooler.  SQM readings were 21.94 just after 11pm and fell to 21.85 before moonrise.  One of the most talked about objects we saw on any night was none other than NGC 3991, pictured below.  While this object was easily the dimmest in the trio, it stood out because of its obvious brightened "core" on one side.  Upon further investigation, I realized that this brightening was actually caused by an interacting galaxy, UGC 6933.  Here was my observation notes for this object:

NGC 3991 - Dimmest of a trio of galaxies, edge-on, with an obvious brightening on the N side, which appears to be UGC 6993! Very cool! 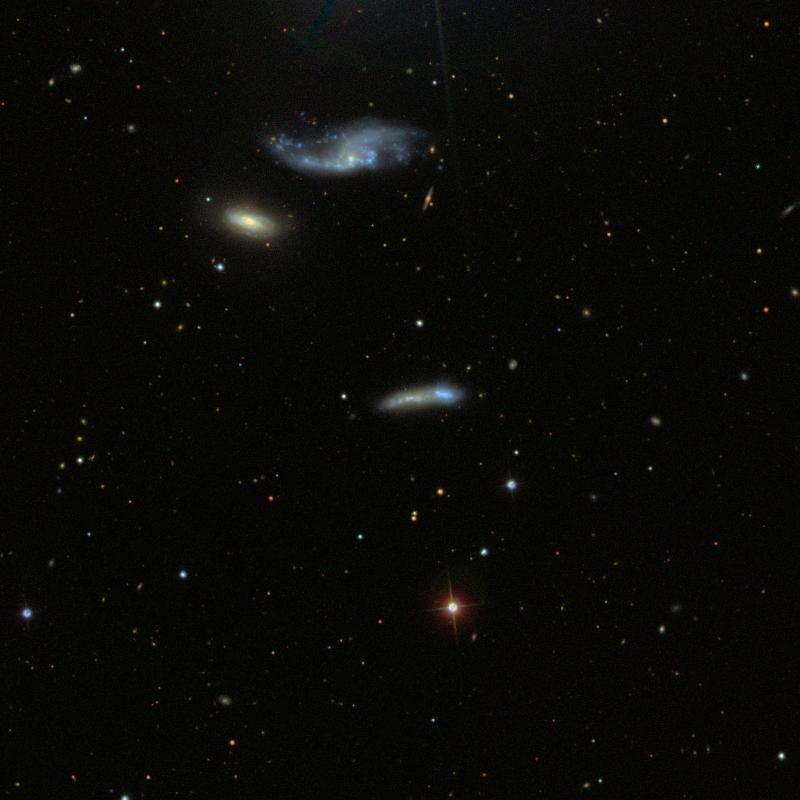 Night 4 was an added bonus, as forecasts changed from cloudy to mostly clear throughout the day.  Skies cleared around 11:15pm and we quickly started looking for any last objects we wanted to enjoy under truly dark skies.  The SQM readings were 21.84 and temperatures dropped from 54°F to about 46°F by 1am when most of us decided to load up the telescopes for an early departure the next morning. 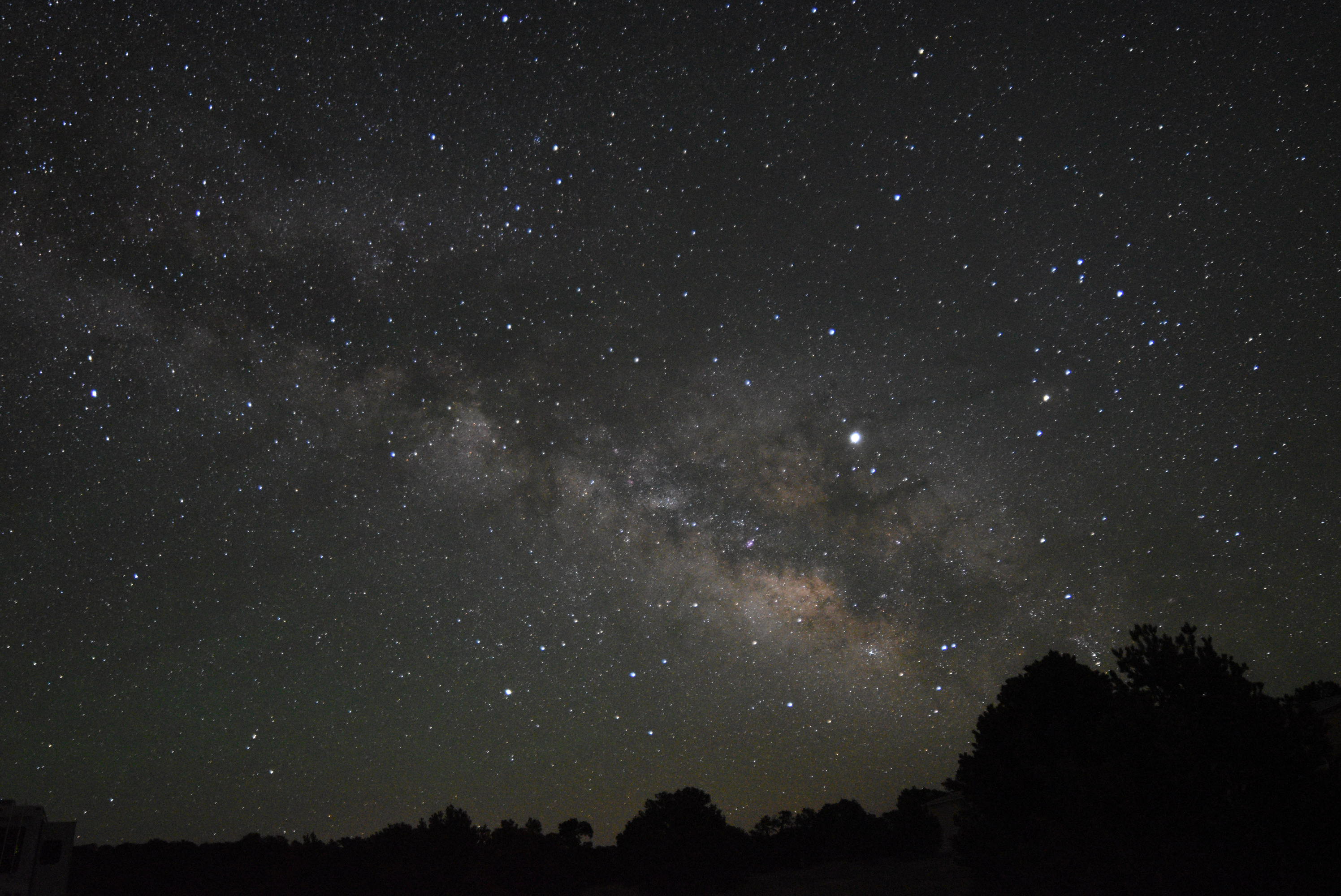 Thanks for reading, and please check out some additional pictures in the gallery below! 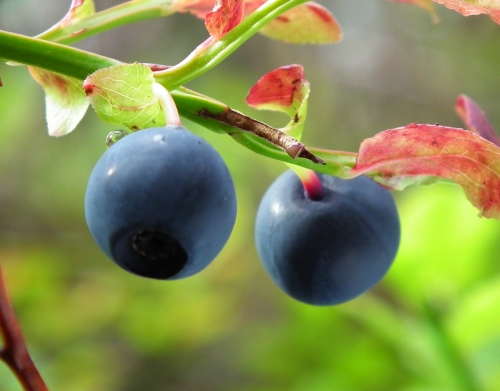 You aren’t in this astronomy hobby for long before you hear about the importance of dark adaptation. It takes from 20 minutes to an hour to become dark adapted. I’m guessing the 20 minutes is the minimum and to become totally dark adapted it may take up to the hour listed. To take advantage of a dark night out observing — the longer the better. I’m sure we can all agree with that I’ve had the ability to see faint objects very well. Many times I’ve tried to point out a faint galaxy to someone at my telescope only to have the person say they couldn’t see it. Sometimes it was because of the person’s experience level at viewing small faint fuzzies. It does take practice. Other times it was simply a physical ability that stood in the way. I have sort of a secret that I believe gives me an advantage in seeing small, faint deep sky objects.